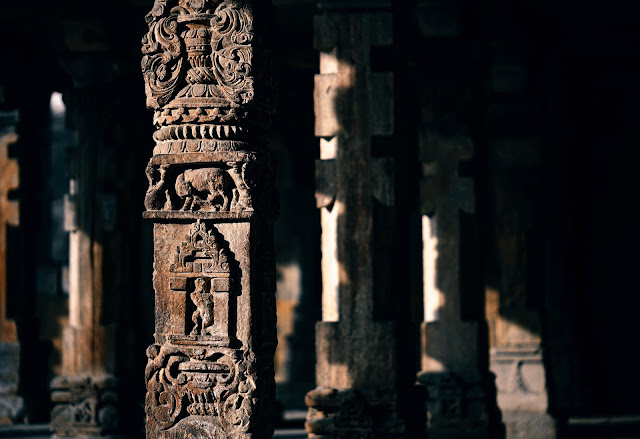 I am KN.Jayaraman, Retd Geologist, author of this blog. I have a strong passion for  Ancient Indian Culture, art, architecture, etc...

I started this blog with a view to covering the above areas and also odd things related to India.

Why am I writing this blog?

India is proud to be an abode of one of the oldest and most advanced civilizations in the world dating back as far as 4000 BC. Still it is a mystery as to when the subcontinent was first inhabited by what kind of people,where they came from and what was their race. These moot questions are debatable and still remain unanswered.

When many cultures world over were mainly forest dwellers, nomadic and wanderers 3000 to 4000 years ago, India had an advanced civilization called “the Harappa-Sindu valley civilization.” According to Sir Marshall (1922 to 1924) the discoveries made in Harappa in Montgomery district and in Mohen-je-daro in the Larkana district of Pakistan, '' it was the oldest of all civilizations known.” This sheer accidental discovery by Sir Marshall during the British Raj revolutionized the concept of the antiquity of Indian history and its people. The other oldest known civilizations of the world are Egypt, China and Mesopotamia. Noteworthy sites were excavated as far as Jammu in the north, Utter Pradesh (then United Province) in the east. Rajasthan and Gujarat in the south. These excavations suggest “the civilization of the Indus is the largest of all the three ancient civilizations of the world.”

India 's second most populous country in the world. Besides being the largest democracy in the world with a billion plus people of different races, caste, color, cultures, languages, religions , not to speak of several hilly and tribal peoples living in harmony (despite occasional politically-motivated skirmishes) still enjoying full freedom, fundamental rights and actively participating in free and fair general elections for the parliament at Delhi and state assembly elections conducted every five years. Since independence India has made remarkable progress in science and technology, engineering, computer software, agriculture, etc despite various hurdles, financial constrains and above all untrustworthy, unsafe neighboring countries. Now India has become one of the five largest economies in the world.

Landed in India in the 1600s mainly to do trade the British rulers exploited the subcontinent, its vast land and other resources and its gullible people as much as they could. Further, there was no unity among the Indian rulers, Maharajas and the Nawabs whose military prowess was very much limited. The Indian subcontinent became a testing ground for the British rulers' well-known policy of ''divide and rule.''As ill-luck would have it the vast Indian subcontinent provided excellent opportunities for the deceitful British traders to explore them. Through diabolical strategies, intrigues and diplomacy, they took over various regions in the subcontinent one by one amply supported by traitors, betrayers and unpatriotic people where ever they had set their foot. The Battle of Plassey between the British led by diabolical and cunning Robert Clive amply supported by Siraj ud Daulah's realative, now a traitor - Mir Jaffer and his cronies on one hand and Siraj, the Nawab of Bengal and the French on the other side, set the stage for the British who came out victorious. Since then there had been no turning back for the British. Though exploitation and discrimination were very much part of the British Raj, the British rulers did improve the quality of life in the subcontinent by introducing English education, vast railway system connecting many towns and cities, well paved roads, Post and Telegraphic offices in many parts of India, health care, a good government administration and most importantly well defined Judiciary system.

When the British left the Indian soil on August 15, 1947 (independence day) they diabolically made one more move by way of instigating the vast Muslim population to have their own land where they wont be dominated by Hindus and thus the British were shamelessly instrumental in dividing the huge subcontinent into Pakistan and India on the basis of religion as envisaged by Mohamed Ali Jinnah which was opposed by many Muslim leaders themselves. India was almost broke having been under the treacherous British rule for nearly 200 years. The unscrupulous British masters left a small sum in the kitty, a sort of pittance to help the new Indian administration to initially manage the vast land and its poor emancipated population. It was equivalent to asking millions of poor, disoriented, hungry Indian people to cross the Mojave desert of California on a hot sunny day without food and water. The British masters had neither scruples or at least an iota of sympathy for the people of the Indian subcontinent which was once prosperous before the arrival of the British. Now the heterogeneous Indian society took it as a challenge and managed their affairs diligently.

As mentioned above I am trying to cover various interesting aspects of India, its history, people, places of interest etc... in small articles.

The mystery of European head on the tower of Big temple, Thanjavur.

1010 AD old Thanjavur big temple, a foreigner with a European hatYouTube.  Big temple Thanjavur, Europen head. www.team-bhp.com / The big temple, also known as Brihedeeshwara Temple dedicated to Lord Shiva is a  UNESCO world heritage site. Located in Thanjavur city, Tamil Nadu, once  a Chola seat of power, this awe-inspiring temple was built by the great Chola ruler Raja Rajan I in 1010 AD. The number of visitors to this huge temple is on the increase  day by day because it surpasses other Indian temples when it comes to its  architectural excellence, intricate stone images and sculptures of exceptional  workmanship, superb technical expertise, planing and execution and above all its hidden mysteries that will challenge the inquisitive minds!! To put it in a nut-shell, it it is just mind-boggling. That how could an ancient ruler achieve this great engineering marvel 1000 years ago when there was no such a thing called"technology", is a riddle. Thanjavur big temp

Mohandas K. Gandhi. Freedom fighter twitter.com If there is one south Indian  city  that attracted Gandhiji, father of our nation, more than the others, it is Madurai, Tamil Nadu  which is famous for the sprawling  Meenakshi - Sundareswarar   temple and the annual summer Chitrai Thiruvizha (festival) - Kalazagar (Perumal) getting into the Vaigai river.  Gandhiji visited Madurai city as many as five times  during his life time, each time he stayed in the house of his well-wishers and freedom fighters. One particular visit to Madurai in 1921 assumed much importance because on this visit he emerged with a new, but different attire - his famous loin cloth after discarding his traditional Gujarati attire . It is no exaggeration to say that Madurai played a crucial role in Gandhiji's tirade against the oppressive British rule. Gandhiji said about his new dress, “All the alterations I have made in my course of life have been affected by momentous occasions, and they have been